Builders and developers have faced many challenges since 2008 when the housing industry was hit hard due to the recession. Many homeowners were forced to foreclose, which created widespread homeownership losses. As the economy is slowly but surely continuing to recover, builders and developers will be faced with new yet exciting challenges. One of these challenges being the drastic change in consumer housing preferences.

From sustainability and green building to smaller design plans, project objectives are shifting and becoming more segmented, a sign of resurgence for more project permits and diversified project portfolios. 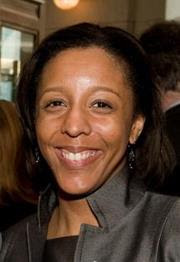 These changes can be welcomed in many ways, as they present opportunities for new forms of revenue and industry expansion.
The Urban Land Institute’s Terwilliger Center for Housing shares a new paper, featuring a clear perception on how developers are meeting the market’s demands by creating better and more sustainable houses and other living places.
The editors at ECOHOME Magazine recently interviewed Lynn Ross, director at the Terwilliger Center, about the company’s report and what it means for those in the building industry.
Ross explains that the most interesting finding or idea based on the report is that developers believe there will be a promising future for master-planned communities. She shares a list of the “Ins and Outs of 2013” based on discussions by industry professionals about the homebuilding marketplace. Here is a sampling of trends to look for in the upcoming year:
What’s In

View the full Q&A with the editors of ECOHOME and Lynn Ross here. Builders and developers, what are you planning to do to keep abreast of the “new normal” in consumer housing preferences?