ECPR friends and fans, we strongly suggest you watch this powerful video about how our current industrial globalized system of food production is affecting climate change. So, what’s the solution? Backyard gardeners are encouraged to grow edible gardens to create a more sustainable world. We’d love to hear from you; what steps are you taking to help protect the environment from climate change? Please post your comments in the appropriate section below.

Our client, Big River Industries, has recently launched a new brand name called Riverlite, which is being implemented to consolidate three previous brands, Gravelite, Livlite, and Arkalite. Having worked with the great personnel at Big River Industries for several years, our team at ECPR is publicizing the new brand in a series of online and print articles.

A marketing campaign is being executed to communicate information about the new brand and the products that come under its auspices. The promotion is intended to make the information easy to access for engineers, architects, contractors, landscapers, urban planners, and storm water management professionals. Elements of the campaign will include a new logo, advertisements, tradeshow signage, website enhancements, and a press campaign.

To learn more about Big River Industries’ new Riverlite brand, click here to read the full article on Citybiz Atlanta’s news website. Our thanks to the editors at Citybiz Atlanta for utilizing our press content.

There are many architecture styles. In our work at Eberly & Collard Public Relations, we have the great pleasure of being exposed to many of them. Our work with professionals who specialize in the conceptualization and creation of homes, commercial buildings, urban sites, and public spaces has afforded us a unique view of design and architecture, to be sure. As a result, our publicity work and writing projects have provided us with insights regarding structural design.

Ranging from Gothic to Modern, the last few centuries have produced some amazing and unique architectural characteristics. For our friends and fans in the industry, or those who are simply fascinated with the different styles of architecture, the ECPR team has uncovered the history behind a small selection of popular building methods.

First modeled after Romanesque architecture, Gothic architecture flourished during the Renaissance period. Key characteristics include pointed arches, ribbed vaults and flying buttresses. A good example of this style of architecture is the Sagrada Familia located in Barcelona, Spain, or the infamous Roman Catholic Church, Notre-Dame de Reims in Paris. The term “Gothic” dates as far back as 1530, where Giorgio Vasari, an Italian painter, writer historian and architect, used the term to describe culture that was considered rude and barbaric. Common materials used to build Gothic architecture are limestone, red sandstone, Purbeck marble, brick, and stone. Gothic style puts emphasis on verticality and light, and is achieved by implementing vaulted ceilings, columns, large windows, and intricate detailing.

Neoclassic architecture was developed in the mid-18th century. Derived from classic Greek architecture, neoclassic embodies baroque tendencies and was considered to be evocative and picturesque. Key characteristics include planar qualities, columns, wall and ceiling engravings, and geometrical shapes. Some notable examples of neoclassic architecture are the United States Capitol Building, Jefferson Memorial and the White House. In the United States, the neoclassical period emerged during the American Revolution, as a rebellious response to Britain’s dominance and desire to construct a new world.

Vernacular architecture uses locally available resources, materials and traditions to construct homes and buildings in a given region. Several components influence vernacular styles, including climate, culture and environment. These styles can range from typical southern homes in the South to log cabins in mountainous areas. The term vernacular architecture was used during the 1800’s and has since become an economic globalization phenomenon.

Some say modern architecture began during the early 20th century to keep up with technological advances and the modernization of societies. This style of architecture was adopted by world-renowned architects such as Frank Lloyd Wright and Louis Kahn. Notable distinctions include simplicity, horizontal and vertical lines, use of steel, concrete and glass. This style of building has straightforward forms without ornamental structures to them. Some examples include the Kaufman House, designed by Frank Lloyd Wright and the Seagram Building in New York City.

While we only listed four types of architecture styles in this post, there are hundreds of different styles and methods still being built today. Friends and fans, do you have a favorite architecture style? If so, please feel free to add your comments below.

The 2012 Florida Citrus Show is just around the corner. Taking place at the Havert L. Fenn Center in Ft. Pierce, Fl, the show runs from January 25 – 26. The Florida Citrus Show is considered to be the premier show for citrus growers and packers. And, show goers will have the opportunity to learn about the latest information on production trends and grove management practices. In addition, the show will offer sessions on produce marketing tips as well as insect and disease management.

Indoor and outdoor exhibits will allow attendees to experience new and exciting products, equipment and service innovations. A number of educational seminars will take place throughout the show’s duration, such as a long-range outlook on the citrus industry; citrus health management; as well as challenges and opportunities in the agriculture industry.

This year’s Florida Citrus Show, organized by Florida Grower magazine, University of Florida’s Institute of Food & Agricultural Sciences and the Indian River Citrus League, is sure to have a positive outlook. If you’re attending the event, and want to learn more, visit the Florida Citrus Show’s website at www.citrusshow.com.

Our client, Terra Nova Nurseries, was recently featured in the November / December issue of Indiana Gardening magazine. The article featured a selection of heuchera plants that were chosen to complement Snow Fountains, a weeping cherry tree. Our team worked with the writer to help secure this media coverage for Terra Nova Nurseries, and it’s just one example of many.

At ECPR, one of our goals is to actively communicate, establish and secure media relations for our clients. This includes byline articles, feature stories, press releases, brand / product mentions, photo shoots, radio and television interviews, media tours and much more. Our company thrives on gaining brand recognition for our clients, through regional, national and international media outlets and channels. With our specialty being the home, garden and design industries, ECPR has, over the years, established strong relationships with media members in these specific fields. Thus, our knowledge, in combination with our large database of editors, writers, publishers, bloggers, social media contacts, etc, ensures our clients we are supremely qualified to effectively help market products and brands to their customers or clients.

To view the thumbnails of the feature article in Indiana Gardening magazine, see below. Click on each image to enlarge it. Also, please feel free to visit our website at www.eberlycollardpr.com to learn more about our traditional public relations services as well as our social media services.

NOTE: To read the full article, follow these easy steps:
1. Select (left-click) each image one at a time; the image will appear somewhat larger on your screen.
2. Right-click on the image.
3. Last, select “View Image,” and you will be able to zoom in by clicking on the image with the magnifying glass. 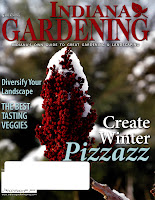 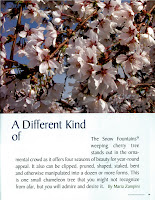 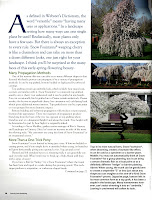 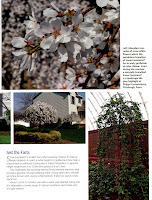 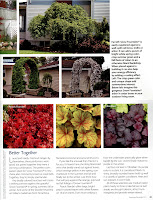