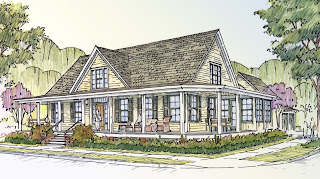 Returning to Senoia, Georgia, for the second time, the 2012 Southern Living Idea House will be unlike any other. Why? Because instead of the house being built from the group up, the project is set to be a renovation of a historical farmhouse.

As some of you may already know, Senoia is home to classic movies and TV shows such as Driving Miss Daisy, Fried Green Tomatoes and, most recently, AMC’s hit series, The Walking Dead. But, more importantly, Senoia is gaining momentum by striving to be an eco-friendly community. With the town’s typical southern charm in combination with sustainability efforts, Senoia is proving to be a cozy place to settle down. 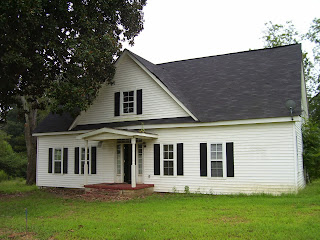 The 2012 Southern Living Idea House will be a revival of an early 19th century cottage-style farmhouse. Its makeover has been masterfully designed by the noted team of architects and place makers at Historical Concepts from the neighboring town of Peachtree City. Completing the team is John Bynum Custom Homes, Inc., one of the Atlanta area’s premier custom home builders, Senoia’s Historic Development Ventures, LLC, and nationally-recognized interior design firm, Tracery Interiors.

This farmhouse revival project is expected to draw as many as 40,000 visitors from across the country, and Southern Living is scheduled to feature it the August 2012 issue. The home will be open for tours from June to December 2012, Wednesday – Saturday, 11 AM – 5 PM and Sunday 1 – 5 PM. The Idea House will be closed on Mondays and Tuesdays.

Stay tuned as we uncover more details about the 2012 Southern Living Idea House via our social media channels.