Get Started
Home » Uncategorized » My Favorite Moments at ANLA

My Favorite Moments at ANLA 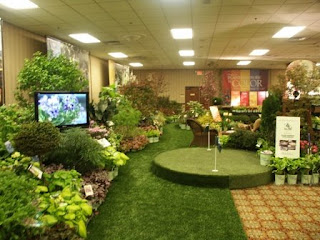 I recently found myself sharing a few stories from the ANLA Management Clinic to my colleague even after four months have past. It was such a powerful, well-rounded conference, and I wanted to share a brief synopsis of what I found to be the top three highlights for me from the session.

In no particular order…

I cleared my schedule to make sure I was able to attend this evening with Ernest, and it was well worth it. From the moment I stepped into the room, I felt an intense feeling of anticipation buzzing from every table. As the room darkened and the crowd hushed, Mr. Wertheim became the ultimate story-teller with tales of his childhood in Germany, fascinating World War II missions, how he met his lovely wife, and how he became one of the most well-known landscapers in the industry. It was a story that, even after two hours, none of us wanted to end. One of the aspects I found so fascinating about the 89 year history of this man was that nearly everything he spoke about applied to the horticulture industry – even if his experiences with landscaping only made up a quarter of his story. His endurance and “never give up” attitude brought him through difficult times much more horrifying than what most of us could ever imagine. He succeeded by taking advantage of every opportunity, small or big. And, that message was something I took with me when I stepped out of the room. Even while we are all struggling during this tough economy, small opportunities present themselves and help us succeed. We just need to keep our eyes wide open and accept the small jobs along with the large ones. Also, some good news? They said Mr. Wertheim may be back next year!

It is hard not to recognize the diamond sponsor of the ANLA event, Novalis Plants that Work. They delivered us a grand party Friday night and a lovely display throughout the 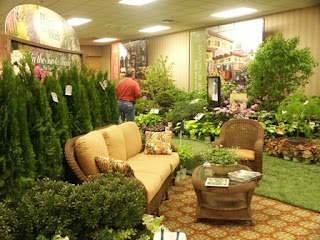 hall. True to the event’s golf theme, Novalis set up golf bags and turf scenes throughout the area, ending in a breathtaking exhibit of some of their newest plant introductions from Plants that Work and Plants that Work by Color. They gave away golf balls and tees, and even had places to play a few holes, sit in lounge chairs, or literally stop and smell a bit of spring (which we were all desperately anticipating in January). Some of my favorite plants for this year? Diervilla ‘Cool Splash’, often referred to as Northern Bush Honeysuckle. It is an inaugural variegated form of Diervilla with panicles of yellow trumpets cover striking, multicolored foliage. Another favorite of mine was their new orchid, Bletilla ochracea ‘Chinese Butterfly’. This shade landscape orchid features delicate, creamy-yellow flowers accented by a dotted, maroon lip. It can be planted to form large clumps that provide a large presence in the landscape. May I just say, thank you, Novalis; I heard from many it was the best ANLA yet!

For those of you whom attended ANLA this year, my third selection is not a big surprise. Erik Wahl, a professional inspirational speaker, made each and every member of the audience think outside the box… for the remainder of the conference (and I have no doubt far longer). Using paint as his muse, he spoke of how life is neither limited, nor does it have boundaries for greatness. Through creativity, we can make our businesses more successful, our relationships stronger, and our personal lives better. While it may sound slightly hokey, it truly was something most of us had never seen. He allowed us a brief glimpse into his incredible painting talents (painting upside-down was something else) – talents he found after he was 30. We get so caught up in our everyday routine, we often forget that “safe choices” are often the path to mediocrity. It’s a hard keynote session to explain in much more detail, so here is a YouTube video. Enjoy.