The students, faculty and staff of West Clark Community Schools in Henryville, IN, thought the afternoon of March 2, 2012 would be like any other typical day. Little did they know, a catastrophic F-4 tornado would soon destroy their school and most of the community in which they lived.
It was only 20 minutes after the students had been sent home early from class as a safety precaution that the devastating storm hit. This forced several bus drivers and their passengers to take emergency shelter in a church basement, homes of area residents, or whatever other refuge they could find.
Astonishingly, no one was injured during the horrific storm. However, three of the buses as well as the entire school, were completely demolished by 170 mph winds, and the destruction only took 23 seconds. What at first seemed like an irreparable disaster would soon become a miraculous recovery at the hands of BELFOR Property Restoration. 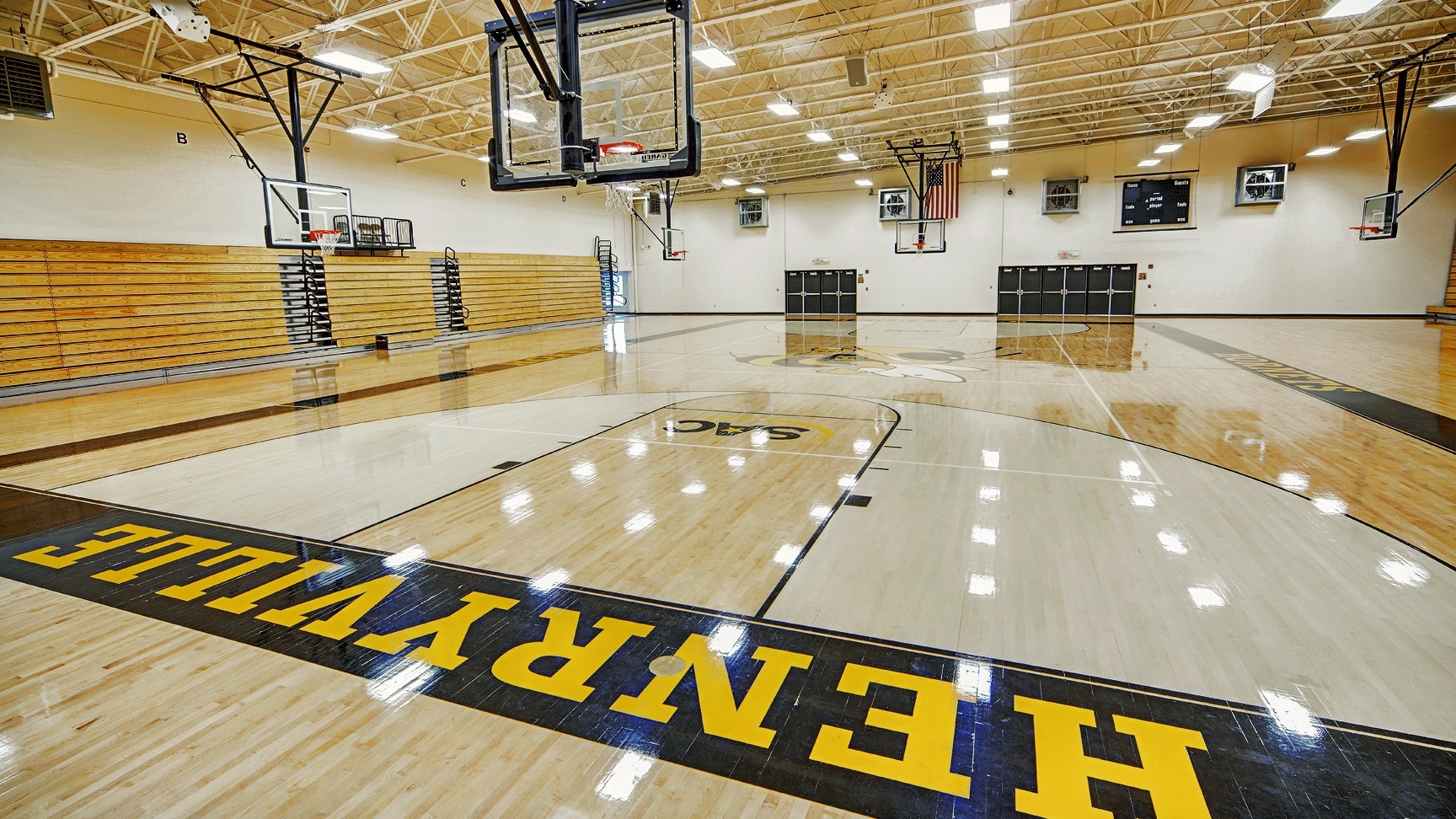 BELFOR Property Restoration is the leading company in integrated disaster recovery and property restoration services in North America. The company specializes in fixing damages caused by fire, water, wind, and other catastrophes. No matter what time of day or night, BELFOR is designed to respond to any property disaster or emergency.
In the case of Henryville, IN, the BELFOR restoration experts were challenged with the important job of restoring the community’s combined elementary, middle and high school campus. 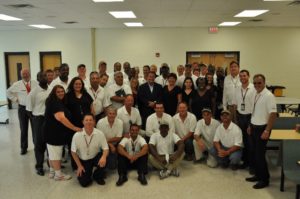 There were several difficult hurdles BELFOR faced when setting to work on the restoration project. The first included an accelerated timeline of five months, because school administrators wanted everything to be ready by the beginning of the next school year in August.
Securing temporary facilities where classes could resume as soon as possible was very important because the children needed a place to continue learning during the restoration. The alternative would have been to allow students to fall behind in their studies, which was not a viable option.
Negotiating with building and restoration product manufacturers to fast-track orders and deliver materials needed on the job site would have been a definite obstacle, if not for BELFOR’s large buying power and persuasive project managers. Expediting product acquisitions for the constructive restoration project was essential to the preplanned timeline. 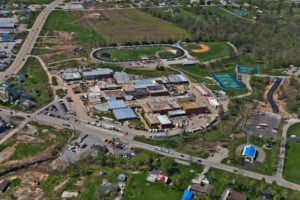 Increasing manpower to ensure on-time completion while minimizing overtime costs was another challenge of the job. The restoration team generated a structured schedule of planning and execution to streamline processes, with a system of numerous checks and balances.
One milestone centered around the fact BELFOR was able to obtain a ruling from the labor board to use both union and non-union crews on the project. Not an easy undertaking, this enabled a more robust work calendar with an experienced team working in carefully arranged shifts. On average, a collective workforce of 300 worked on site day and night.
John Prater, president of Praters Flooring, participated in the restoration. “The challenge of working on schools that have been so damaged by tornadoes is the enormous scope of work that has to be performed in a relatively short period of time without sacrificing quality,” he said in an article for Disaster Resource. “You want the community to be able to get back to some sort of normalcy as quickly as possible.” 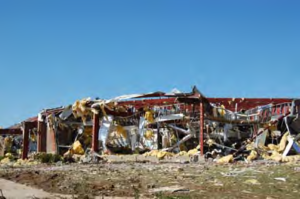 There were several different horrifying images and videos playing in the news coverage following the tornado. However, the actual video surveillance footage from the AXIS Communications Fixed Dome Network Camera technology the school had in place was alarming, yet educational.
“Having the video footage of the actual building being destroyed was amazing from the standpoint that we got to see in detail what wind like this, what a weather event like this, actually does to a structure,” said Dr. Glenn Riggs, principal of Henryville Elementary School, as quoted by Disaster Resource.
The surveillance footage proved to be quite a helpful reference point for BELFOR and its team.  If there were questions about what fixtures should be installed where, the teams were sometimes able to review the footage and find their answers.
The Striking Solutions
It only took BELFOR two weeks to prepare a temporary facility for elementary school classes to resume. The team also found a temporary location in three weeks for high school classes. The company worked with school board officials, administrators, local authorities, and the insurance adjuster to develop and implement a plan to salvage and bring up to code a couple of old buildings.
While the workers were aggressively trying to make these temporary facilities fit for classrooms, they were also recovering, cleaning and delivering contents from the tornado-damaged site. The team brought a sense of calm to what would have normally been a very stressful situation.
Before BELFOR could begin restoring the demolished site where the original school once stood, they had to secure its surroundings to protect the facility from vandalism, theft, or further damage. Thus, a security fence was built around the massive property. 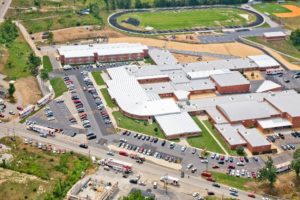 Nearly 70 percent of the 220,000-square-foot school was gutted, leading to major interior renovations and reconstruction of essential walls and skeletal structures. In addition, from the ground up, the remaining 30 percent had to be demolished and rebuilt.
A few of the school’s new features include: HVAC equipment, wiring, drywall, ceiling tiles, floor coverings, cabinets, windows, and a roof-deck and roof. Any of the unused contents from the temporary schools were cleaned, packed up and stored in an off-site warehouse. 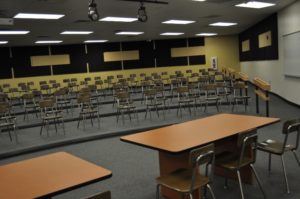 Once the hardworking team had accomplished the nearly impossible rebuilding of the school, they engaged several specialists, including an Industrial Hygienist, who tested for various unsanitary elements such as mold. Remarkably, the BELFOR team and its associates were able to accomplish the seemingly unachievable goal to have the school up and running by the beginning of the next school year. 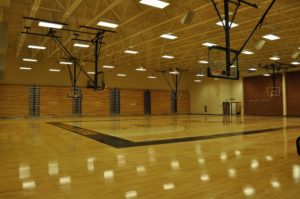 “One of the key things that people can learn from this is that damage is unpredictable,” said Vernon Duty, National Accounts Manager with BELFOR. “With a hurricane, you have three or four days’ notice, maybe more. But a tornado, which is a threat in significant portions of the country, could happen unexpectedly,” he explained in the Disaster Resource article.
According to Duty, the fact tornados have such unforeseen effects is something that should prompt communities, business owners, school and hospital administrators, and everyone to plan for the unexpected well in advance. While no one is ever fully prepared for a natural disaster of this magnitude, creating and distributing a framework for action prior to the need is key. 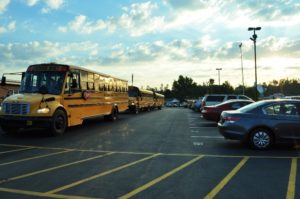 For the West Clark community, fortunately, BELFOR was able to come to the rescue, restore laughter and cheer to the school’s hallways, and leave the site even better than it had been before the storm of a lifetime.
Learn more: www.belfor.com.